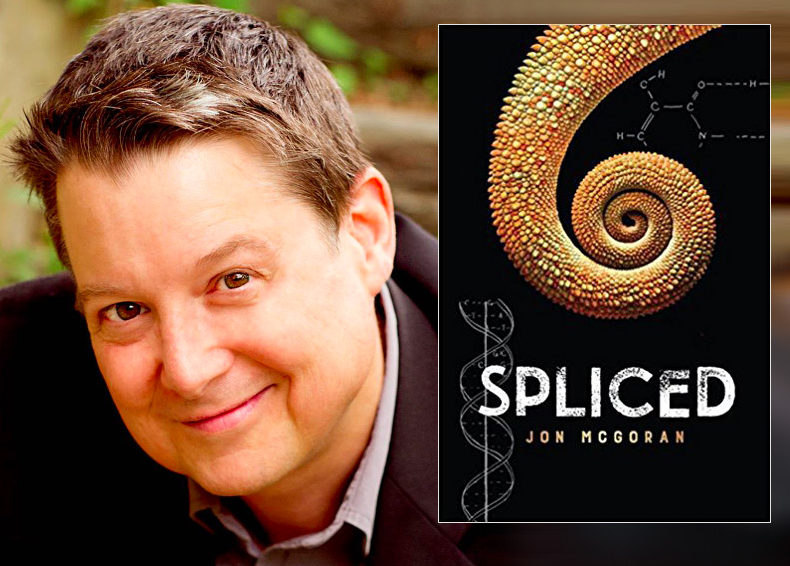 We Welcome Back Jon McGoran, who will be discussing and signing his new YA series.

Just a few years from today, in a world slightly changed from ours, young people modify themselves by splicing animal genes into their own to become chimeras. When sixteen-year-old Jimi Corcoran’s best friend Del finally escapes his sadistic father, she is horrified to learn he has gone to get spliced. As Jimi plunges into the world of chimeras to save Del, the world erupts in a backlash against chimeras, and the group Humans for Humanity pushes through a new law that strips chimeras of their rights as human.  As Jimi learns to respect, understand and even love the chimeras she meets, she also learns a terrifying truth: Those behind the backlash have a hidden agenda more hateful and horrific than anything she could have imagined.

"This nightmare study in manufactured prejudice will resonate…especially in the era of Trump.Timely, thrilling, and more than a little scary."

"Genetically modified teens forced to make life-and-death decisions in a modified world as a hideous new form of hatred poisons society. SPLICED grabs you by the throat and won’t let go."

Jon McGoran is the author of Spliced, a near-future YA science fiction thriller that Kirkus calls, “Timely, thrilling, and more than a little scary.” Splintered, the sequel to Spliced, will be out May 2019.  McGoran’s other books include the acclaimed ecological thrillers Drift, Deadout, and Dust Up, as well as The Dead Ring, based on the hit TV show, The Blacklist. Writing as D. H. Dublin, he is also the author of the forensic thrillers Body Trace, Blood Poison and Freezer Burn.