The Eyes of the World: Original Text (Paperback) 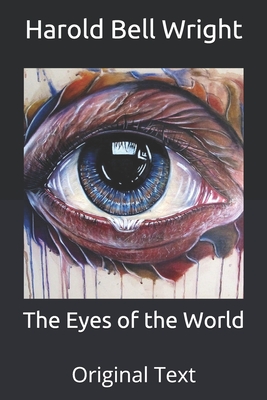 By Harold Bell Wright
$16.19
Ask A Bookseller For Help With This Title

It was winter--cold and snow and ice and naked trees and leaden clouds andstinging wind.The house was an ancient mansion on an old street in that city of culturewhich has given to the history of our nation--to education, to religion, to thesciences, and to the arts--so many illustrious names.In the changing years, before the beginning of my story, the woman'simmediate friends and associates had moved from the neighborhood to thenewer and more fashionable districts of a younger generation. In that city ofher father's there were few of her old companions left. There were fewerwho remembered. The distinguished leaders in the world of art and letters, whose voices had been so often heard within the walls of her home, had, one by one, passed on; leaving their works and their names to theirchildren. The children, in the greedy rush of these younger times, had tooreadily forgotten the woman who, to the culture and genius of a passingday, had been hostess and friend.The apartment was pitifully bare and empty. Ruthlessly it had been strippedof its treasures of art and its proud luxuries. But, even in its nakednecessities the room managed, still, to evidence the rare intelligence and theexquisite refinement of its dying tenant.The face upon the pillow, so wasted by sickness, was marked by the deathgray. The eyes, deep in their hollows between the fleshless forehead and theprominent cheek-bones, were closed; the lips were livid; the nose was sharpand pinched; the colorless cheeks were sunken; but the outlines were stilldelicately drawn and the proportions nobly fashioned. It was, still, the faceof a gentlewoman. In the ashen lips, only, was there a sign of life; and theytrembled and fluttered in their effort to utter the words that an indomitablespirit gave them to spea.