Joy and Power: Three Messages with One Meaning (Paperback) 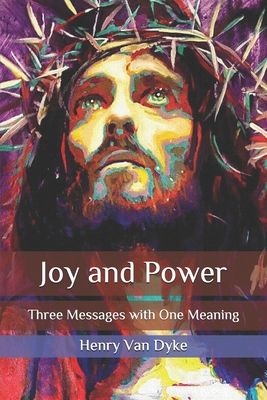 By Henry Van Dyke
$13.49
Ask A Bookseller For Help With This Title

The three messages which are brought together in this book were given not far apart intime, though at some distance from one another in space. The one called Joy and Power wasdelivered in Los Angeles, California, at the opening of the Presbyterian General Assembly, May 21, 1903. The one called The Battle of Life was delivered on Baccalaureate Sunday atPrinceton University, June 7. The one called The Good Old Way was delivered onBaccalaureate Sunday at Harvard University, June 14. At the time, I was thinking chiefly ofthe different qualities and needs of the people to whom I had to speak. This will account forsome things in the form of each message. But now that they are put together I can see thatall three of them say about the same thing. They point in the same direction, urge the samecourse of action, and appeal to the same motive. It is nothing new, -the meaning of thisthreefold message, -but it is the best that I have learned in life. And I believe it is true, -sotrue that we need often to have it brought to remembra.