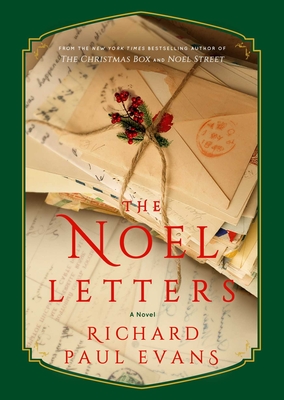 #1 New York Times bestselling author Richard Paul Evans returns this holiday season with a tale of love, belonging, and family, following a trail of letters that leads to a Christmas revelation about the healing miracle of hope and forgiveness.

After nearly two decades, Noel Post, an editor for a major New York publishing house, returns to her childhood home in Salt Lake City to see her estranged, dying father. What she believed would be a brief visit turns into something more as she inherits the bookstore her father fought to keep alive. Reeling from loneliness, a recent divorce, and unanticipated upheavals in her world, Noel begins receiving letters from an anonymous source, each one containing thoughts and lessons about her life and her future. She begins to reacquaint herself with the bookstore and the people she left behind, and in doing so, starts to unravel the reality of her painful childhood and the truth about her family. As the holidays draw near, she receives a Christmastime revelation that changes not only how she sees the past but also how she views her future.

“Chock-full of holiday spirit… This enjoyable Yuletide tale deserves a place under many a Christmas tree.” —Kirkus

“The Noel Letters is a cozy yet poignant portrait of personal awakening amidst the complexity of grief in estrangement. Evans’ seasoned finesse with his characters’ emotional growth makes Noel a relatable protagonist... A lovely read that beautifully contrasts the mistruths of memory and the redemptive power of new beginnings.” —Booklist