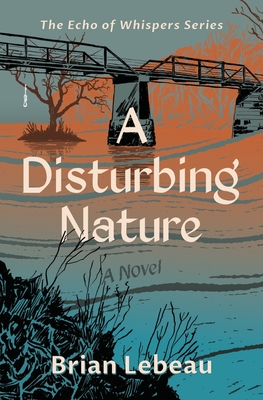 Mid-August 1975, Maurice "Mo" Lumen is exiled from his home in Virginia, bearing the weight of what he's left behind-accusations, a half-brother, and an inhospitable cot. With the mind and heart of an eleven-year-old-the result of a self-described "accident"-and a love of baseball, Mo emerges in Rhode Island just shy of his twenty-fifth birthday. As summer yields to a rain-soaked fall, his frustration rises when news of a prolific killer in the region, nicknamed the Pastoral Predator, overshadows the Red Sox march to the World Series, and Mo unwittingly becomes a central figure in the investigation.

FBI Chief Investigator Francis Palmer, fresh off the ensnarement of a monster-Ted Bundy-is thrust into the Pastoral Predator's destructive path. Permanently scarred by every killer he's hunted down, The Beast inside Palmer simmers as the investigation hits closer to home, forcing him to confront his demons.

By the time Mo and Palmer's paths collide, a dozen young women are dead. As the list of suspects narrows, Palmer's confidence is shaken, and Mo begins to doubt his own innocence. Unable to escape their histories, they become increasingly isolated, and old secrets resurface. Who is destined to pay for the sins of their fathers, and who will pay for their own?

A Disturbing Nature is a psychological thriller and coming-of-age story that examines Post-World War II America, exploring the heredity of prejudice, the hypocrisy of privilege, and the blurred line between man and monster.