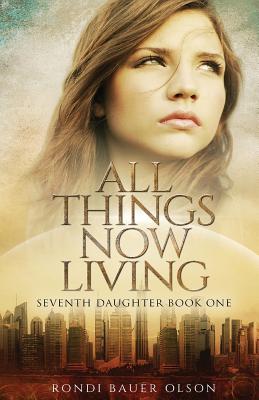 Sixteen-year-old Amy doesn't like anything to die, she won't even eat the goats or chickens her mama has butchered every fall, but she can't let herself pity the inhabitants of New Lithisle. In a few short months the dome they built to isolate themselves from the deadly pandemic is predicted to collapse, but her whole life Amy has been taught it's God's will they die. They traded their souls for immunity to the swine flu virus, brought God's curse upon themselves by adding pig genes to their own.

Then, while on a scavenging trip with her father, Amy is accidentally trapped in New Lithisle. At first her only goal is to escape, but when she meets Daniel, a New Lithisle boy, she begins to question how less-than-human the people of New Lithisle are.

Amy's feelings grow even more conflicted when she learns she didn't end up in New Lithisle by mistake. Her father is secretly a sympathizer, and was trying to prevent the coming destruction.

Now time is running short and Amy has to decide if she will bring the computer program her father wrote to his contact or save herself. Installing the program could prevent the dome's collapse, but if Amy doesn't find her father's contact in time, she'll die, along with everyone else.