The Designs of Leon Bakst for The Sleeping Princess (Hardcover) 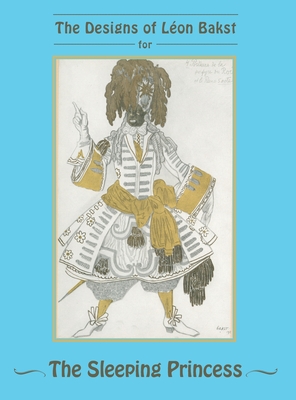 By Leon Bakst, Andre Levinson (Editor)
Ask A Bookseller For Help With This Title

When Serge Diaghilev decided to produce for his 1921

London season a revival of Petipa's 'Sleeping Beauty', he

turned to the great Russian designer L on Bakst to provide

the scenery and costumes. In the incredibly short time of

designs and scenery for all four acts. To avoid confusion

with English pantomimes, Diaghilev changed the name of

the ballet to 'The Sleeping Princess'.

Although the production was a financial failure it was a

great artistic success, due in a large part to Bakst's designs,

and this success led to the production of this book, first

published in 1923 in a limited edition of one thousand

copies, and never before reprinted with the illustrations

in full colour. The original editors chose to reproduce 54

of Bakst's designs, mainly of costumes for the principal

characters but including five set designs, all of which are