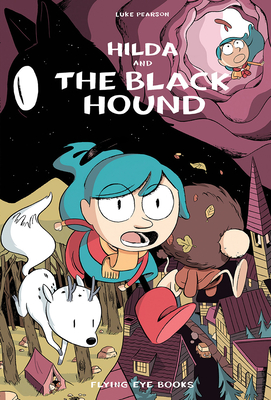 This is book number 4 in the Hildafolk series.

Hilda sits in her tent, dwarfed by volumes of the Greater Fjords Wildlife Chronicles with a flashlight and her restless companion Twig, but Hilda's not in the fjords and it isn't raining. Hilda's pitched a tent in her room and it's been days since she's been out.

In Hilda's new adventure, she meets the Nisse: a mischievous but charismatic bunch of misfits who occupy a world beside—but also somehow within—our own, and where the rules of physics don't quite match up. Meanwhile, on the streets of Trolberg, a dark specter looms...

Named one of The Beat's 100 Best Comics of the Decade