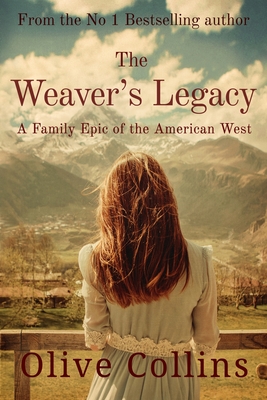 By Olive Collins
$13.99
Ask A Bookseller For Help With This Title

In 1865, Goldie O'Neill was nine years of age when she trekked across the unclaimed American West with her family to form their own Irish catholic Colony. Their new community had dreams of self-governance and prosperity far removed from the anti-Irish sentiment and prejudice of the ruling classes. They soon learned about the extremes of the American West and the ongoing Indian war. A year after their arrival, Goldie blames herself for her sister's disappearance. She forms an unlikely friendship with a Lakota Indian boy who promises to help with her life-long quest to find her sister. In the intervening years, as their community flourishes and a new prejudice surfaces, her sister's disappearance ebbs away for everyone except Goldie.

1937, Lucy O'Neill was adopted by her aunt, Goldie O'Neill. When she learns that her father, Lorcan O'Neill, has returned to the small town in the Midwest after a thirty-year absence, she returns to meet him. Aware of the silence that surrounds his name and the reluctance of her family to reveal the real story, Lucy delves into the past to find a story far removed from the account her aunt had told her.