The Midwife of Auschwitz: Inspired by a heartbreaking true story, an emotional and gripping World War 2 historical novel (Paperback) 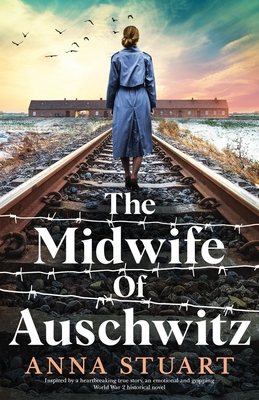 Auschwitz, 1943: As I held the tiny baby in my arms, my fingers traced the black tattoo etched across her little thigh. And I prayed that one day this set of numbers, identical to her mother's, would have the power to reunite a family torn apart by war...

Inspired by an incredible true story, this poignant novel tells of one woman's fight for love, life and hope during a time of unimaginable darkness.

Ana Kaminski is pushed through the iron gates of Auschwitz beside her frightened young friend Ester Pasternak. As they reach the front of the line, Ana steps forward and quietly declares herself a midwife - and Ester her assistant. Their arms are tattooed and they're ordered to the maternity hut. Holding an innocent new-born baby, Ana knows the fate of so many are in her hands, and vows to do everything she can to save them.

When two guards in their chilling SS uniforms march in and snatch a blond-haired baby from its mother it's almost too much for Ana to bear. Consoling the distraught woman, Ana realises amidst the terrible heartache there is a glimmer of hope. The guards are taking the healthiest babies and placing them with German families, so they will survive. And there are whispers the war is nearly over... Ana and Ester begin to secretly tattoo little ones with their mother's numbers, praying one day they might be reunited.

An absolutely heart-breaking and page-turning WW2 novel of one woman's bravery and determination to bring life and hope into a broken world. Fans of The Tattooist of Auschwitz, The Alice Network and The Nightingale will be gripped.

'An absolute must read. I devoured this book in its entirety... I am almost speechless... a box of Kleenex is mandatory. I absolutely loved this book, historical fiction at its best ... Definitely worth ten stars.' Page Turners, ⭐⭐⭐⭐⭐

'Whoa Don't take those tissues away, I'm not quite cried out just yet Happy tears, sad tears, who knows where one ends and the other begins ... Beautiful, heart-breaking, heart-warming, uplifting and inspirational.' Fiction Books, ⭐⭐⭐⭐⭐