Before You Knew My Name (Compact Disc) 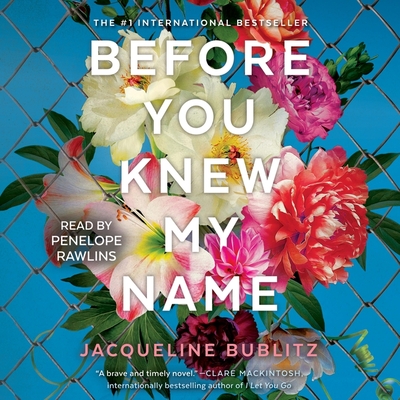 This is not just another novel about a dead girl. Two women--one alive, one dead--are brought together in the dark underbelly of New York City to solve a tragic murder.

When she arrived in New York on her eighteenth birthday carrying nothing but $600 cash and a stolen camera, Alice Lee was looking for a fresh start. Now, just one month later, she is the city's latest Jane Doe. She may be dead but that doesn't mean her story is over.

Meanwhile, Ruby Jones is also trying to reinvent herself. After travelling halfway around the world, she's lonelier than ever in the Big Apple. Until she stumbles upon a woman's body by the Hudson River, and suddenly finds herself unbreakably tied to the unknown dead woman.

Alice is sure Ruby is the key to solving the mystery of her short life and tragic death. Ruby just wants to forget what she saw...but she can't seem to stop thinking about the young woman she found. If she keeps looking, can she give this unidentified Jane Doe the ending and closure she deserves?

Before You Knew My Name doesn't just wonder whodunnit--it also asks who was she? And what did she leave behind?