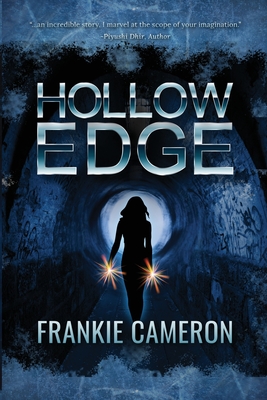 More than a century after an asteroid hits Earth, the survivors live in The Hollows, a self-sustaining city far below the Earth's frozen surface. While some live a lavish lifestyle, others are forced into servitude by the ruling Commission and its oppressive soldiers, the Authority. Shy and anxious by nature, Charlie Edge does her best to keep a low profile and keep her powers hidden. But how do you hide when your dead father was an infamous rebel leader?

Yet when an outrageous stranger confronts the Authority and messages her to protect something, she does. Now she is exposed and the Commissioner's wife has vowed to destroy her and her friends. Charlie's risk sets them on a dangerous path, one which embroils them in a complex web of deception and forces them into a course of action that threatens to rip their entire world apart. Not knowing who to trust, Charlie must summon all her strength to fight back before time runs out in the only safe place anyone has ever known.