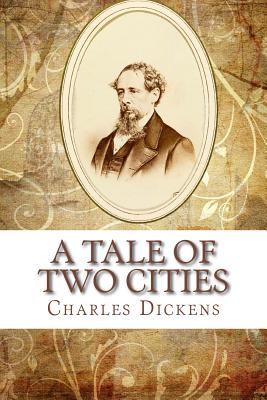 A Tale of Two Cities is a novel by Charles Dickens, set in London and Paris before and during the French Revolution, and first published in 1859. With well over 200 million copies sold, it ranks among the most famous works in the history of literary fiction.Dickens's famous opening sentence introduces the universal nature of the book and the drama depicted within: "It was the best of times, it was the worst of times, it was the age of wisdom, it was the age of foolishness, it was the epoch of belief, it was the epoch of incredulity, it was the season of Light, it was the season of Darkness, it was the spring of hope, it was the winter of despair, we had everything before us, we had nothing before us, we were all going direct to Heaven, we were all going direct the other way - in short, the period was so far like the present period, that some of its noisiest authorities insisted on its being received, for good or for evil, in the superlative degree of comparison only."The novel depicts the plight of the French peasantry demoralised by the French aristocracy in the years leading up to the revolution, the corresponding brutality demonstrated by the revolutionaries toward the former aristocrats in the early years of the revolution, and many unflattering social parallels with life in London during the same period. It follows the lives of several characters through these events. The 45-chapter novel was published in 31 weekly installments in Dickens's new literary periodical titled All the Year Round. From April 1859 to November 1859, Dickens also republished the chapters as eight monthly sections in green covers. The first weekly instalment of A Tale of Two Cities ran in the first issue of All the Year Round on 30 April 1859. The last ran thirty weeks later, on 26 November.