The Declaration of Independence: including Brief Biographies of Its Signers (Hardcover) 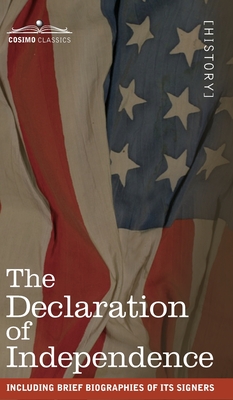 By Thomas Jefferson
Ask A Bookseller For Help With This Title

"We hold these truths to be self-evident, that all men are created equal, that they are endowed, by their Creator, with certain unalienable Rights, that among these are Life, Liberty, and the pursuit of Happiness." --From the Declaration of Independence

The Declaration of Independence was adopted by the Second Continental Congress meeting at the Pennsylvania State House, now known as Independence Hall in Philadelphia, Pennsylvania, on July 4, 1776. This may be the most famous angry letter in history. Written by Thomas Jefferson and addressed to King George III of England, it lays out the grievances of the King's Thirteen Colonies in North America and announces that those colonies were now free of English rule. By 1783, after a long, bloody, and expensive war, that freedom became reality.