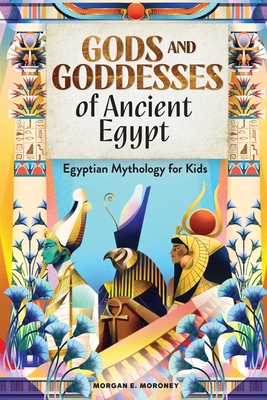 From the rising of the morning sun to the summer flooding of the Nile River, the ancient Egyptians believed powerful gods and goddesses ruled over every aspect of their daily lives. This Egyptian mythology guide takes you on a trip through the sands of time to explore the world of pharaohs and sphinxes―ancient Egypt

Featuring illustrated myths of incredible Egyptian gods and goddesses, these stories describe the magic each deity performed along the Nile. You'll also learn about how Egyptian mythology was a key part of ancient Egyptian culture, like pyramid building, the mummification process, and even the worshiping of cats.

Explore the legendary lives of ancient gods and goddesses with this rich treasury of Egyptian mythology.