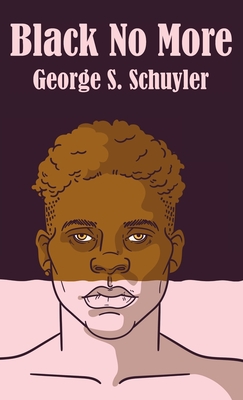 Soon to be a Broadway musical With a book by John Ridley, music by Tariq Trotter, and choreography by Bill T. Jones

The landmark comic satire that asks, "What would happen if all black people in America turned white?"

It's New Year's Day 1933 in New York City, and Max Disher, a young black man, has just found out that a certain Dr. Junius Crookman has discovered a mysterious process that allows people to bleach their skin white-a new way to "solve the American race problem." Max leaps at the opportunity, and after a brief stay at the Crookman Sanitarium, he becomes Matthew Fisher, a white man who is able to attain everything he has ever wanted: money, power, good liquor, and the white woman who rejected him when he was black.

Lampooning myths of white supremacy and racial purity and caricaturing prominent African American leaders like W. E. B. Du Bois, Madam C. J. Walker, and Marcus Garvey, Black No More is a masterwork of speculative fiction and a hilarious satire of America's obsession with race.

For more than seventy years, Penguin has been the leading publisher of classic literature in the English-speaking world. With more than 1,800 titles, Penguin Classics represents a global bookshelf of the best works throughout history and across genres and disciplines. Readers trust the series to provide authoritative texts enhanced by introductions and notes by distinguished scholars and contemporary authors, as well as up-to-date translations by award-winning translators.