Secrets in the Mist (Book One) (Hardcover) 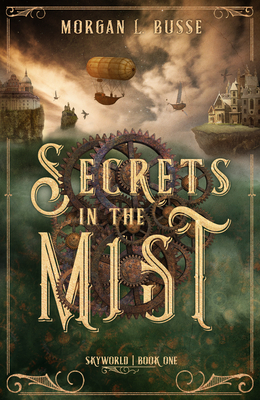 What's lurking in the Mist is the least of their worries... In a world where humanity lives in the sky to escape a deadly mist below, Cass's only goal is survival. That is, until she finds a job on the airship Daedalus as a diver. Now she explores ruined cities, looking for treasure and people's lost heirlooms until a young man hires her to find the impossible: a way to eradicate the Mist. Theodore Winchester is a member of one of the Five Families that rule the skies. Following in his father's footsteps, he searches for the source of the Mist and hopes to stop the purges used to control overpopulation. But what he finds are horrifying secrets and lethal ambition. If he continues his quest, it could mean his own death. The Mist is rising and soon the world will be enveloped in its deadly embrace, turning what's left of humanity into the undead.

Morgan L. Busse is a writer by day and a mother by night. She is the author of the Follower of the Word series, The Soul Chronicles, and The Ravenwood Saga. She is a three-time Christy Award finalist and winner of both the INSPY and the Carol Award for best in Christian speculative fiction. During her spare time she enjoys playing games, taking long walks, and dreaming about her next novel. Visit her online at www.morganlbusse.com.