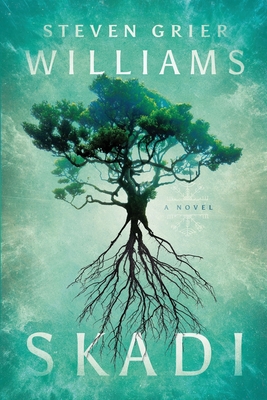 In Midgard, towns are meant to be sanctuaries for humans, and the outskirts are roaming grounds for powerful Norse creatures. But in Fensalir, a centuries-old j tunn has been killing children-a parade of death that has lasted for years.

That is-until a witch named Frija steps forward. She knows even with seidr magic, she cannot do it alone, so she recruits a newcomer named Skadi Hervor to go on a quest for the power of the World Tree-that which connects the nine realms. Though Skadi is reluctant at first, wishing only to protect her son from the violence of Midgard, she relents and ventures into the world that exists between towns.

Skadi is a skilled warrior, but to be successful, she must overcome beasts large and small; must travel the length of the realms; must learn to care for people beyond herself; and most importantly, must mend her tattered relationship with her young son Bjorn, along for the ride.

With a rich cast of characters whose struggles are rooted in real-world issues, intense action, and page-turning adventure, Skadi plunges the reader into a world of Norse Mythology to tell a story of overcoming extreme challenges while dealing with loss.