The Pennsylvania Dutch: From Migration to Acculturation (Paperback) 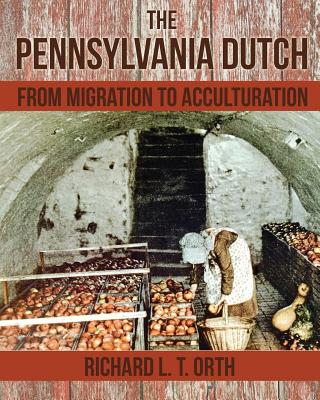 An invitation to the "Land of Milk and Honey" by William Penn led to waves of immigration, various religions, and ethnicities in created a free world religious Utopia, void of persecution. Most obvious were the Plain Pennsylvania Dutch practicing freedom of religion, and including the Moravians who settled Bethlehem. The port of Philadelphia (Germantown) was the benefactor of their skills at printing, and those upstate Rhineland farmers soon flooded the port city with a quantity of grain, flour, foodstuffs, and industrial exports. Historians trace this Rhineland immigration to 1683, when the first waves of Rhenish immigrants, speaking a German Dialect, arrived in Pennsylvania.

Although the immigrants that made up this 1683 Germantown settlement in the city of Philadelphia were German-speaking Dutch, German, and Swiss immigrants, most of them were Dutch. Germantown became the Colonial printing center for German language Bibles and religious imprints for the entire Pennsylvania Dutch community and for many decades that followed. The Pennsylvania Dutch, as other diversified ethnic immigrants who founded America, are to this day very proud of their ethnic heritage, as Germanic acculturation has taken place in American Civilization. However, most often forgotten is that among our German-speaking forefathers were non-German nationals from other Rhineland Countries who spoke the German Dialect in these early Colonial frontier years. Most prominent of these other German-speaking nationals were Holland Dutch, Swiss, and French Huguenots, etc., who collectively comprise today's Pennsylvania Dutch Country.