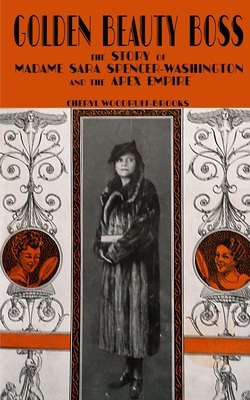 The first biography of entrepreneur Madame Sara Spencer Washington: a Black woman millionaire & the founder of Apex News & Hair Company In 1911, a Virginia entrepreneur moved to Atlantic City, NJ and started selling cosmetics door-to-door and styling hair in her basement. Soon, she would grow her business into an empire. Sara opened a manufacturing company creating hundreds of products and hired 45,000 sales agents all over the world. Also opened beauty schools in twelve states, she was later honored at the New York World's Trade Fair as one of the "Most Distinguished Businesswomen." Madame Sara Spencer Washington continued to expand Apex internationally, doing business in Haiti and South Africa. She acquired millionaire status in the 1940s, taking on roles as a civic leader and philanthropist. Author Cheryl Woodruff-Brooks takes you through the history of Apex from its inception until its dissolution after Sara's death in 1953, sharing details of her life as she faced discrimination while earning the respect of all races along her journey.