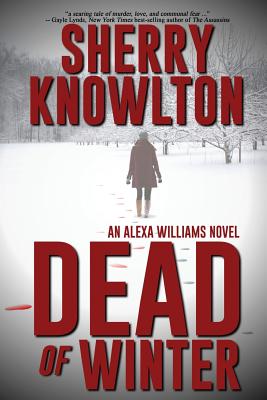 This is book number 4 in the Alexa Williams series.

A lighthearted morning trip to test a new drone turns deadly for attorney Alexa Williams and two close friends when they find a stranger's bullet-riddled body in a remote field in rural Pennsylvania. Next to the dead man is a note that declares: Allahu Akbar.

Trying to shake the gruesome discovery, Alexa returns to her busy law practice and personal life. She's representing a Syrian refugee family whose son has been bullied at school. Old love, Reese Michaels, is back from Africa and living in nearby Harpers Ferry. He and Alexa are tiptoeing through a delicate dance as they rekindle the spark between them. Alexa is also taking Krav Maga classes at a local studio for self-protection. The studio owner, the widow of a soldier killed in the Iraq War, is fast becoming a friend. If that's not enough, Alexa's parents are pulling her into a flurry of social commitments as they host an International Fellow at the U.S. Army War College, an Iraqi General, and his colleague, a decorated American Colonel.

When another man is found executed near Harpers Ferry, Reese becomes a suspect and Alexa wonders just how much he's changed since working in Africa. After a third murder, an improbable fear of Islamic terrorism spreads like wildfire through Alexa's small Pennsylvania town. When the police arrest the oldest son of the refugee family for the murders, her Syrian clients become the focus of mounting anti-Muslim rage, and a dangerous militia group targets Alexa.

One dark night in the dead of winter, Alexa discovers how all these threads intersect, and she must race to stop an attack that could kill hundreds. If she fails, she could lose everyone she loves.