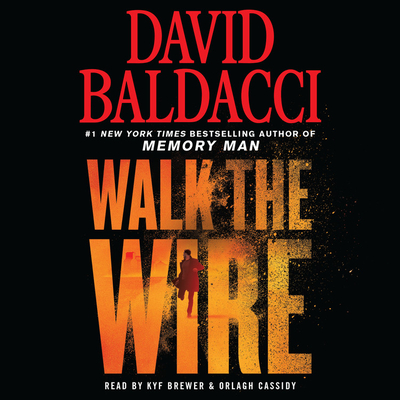 By David Baldacci, Kyf Brewer (Read by), Orlagh Cassidy (Read by)
$38.10
Ask A Bookseller For Help With This Title

"Walk the Wire may be the finest entry in David Baldacci's Memory Man series. The quality of his writing is at an all-time peak, and, fortunately for his countless fans, he is showing no signs of slowing down anytime soon."—Bookreporter

'Intrepid . . . Although it's the sixth in a series, the book stands perfectly well on its own, providing many hours of enjoyable reading."—Mystery Scene magazine

"With twists and turns and mysteries right up until the end, you will not want to put this book down."—Red Carpet Crash