Unicorn Selfies: Another Phoebe and Her Unicorn Adventure (Paperback) 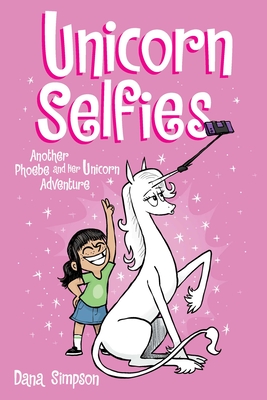 This is book number 15 in the Phoebe and Her Unicorn series.

Phoebe Howell and her best friend, the dazzling unicorn Marigold Heavenly Nostrils, have all kinds of exciting things planned for the summer. Their adventures include constructing a secret clubhouse with Phoebe's friend Max (enlisting the help of some magic pixies along the way) and preparing for a trip to Marigold's unicorn family reunion. Along the way, readers will meet all kinds of new characters, learn what magic spells are best avoided, and have all kinds of sparkling unicorn fun.