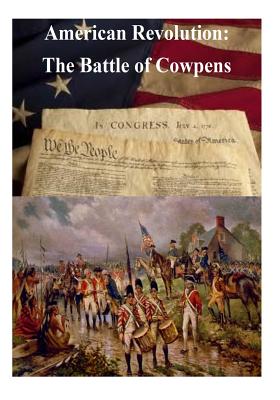 The renowned Field Marshal Count Helmuth von Moltke, chief of the great German General Staff and architect of the three campaigns that permitted the unification of Germany in 1871, believed fervently that war, to be understood, must be dissected and the parts examined. To that end, he directed not only that a section of the General Staff devote its energies exclusively to the study of military history but that all General Staff officers, drawn from the cream of the Prussian officer corps, travel to battlefields, study the plans made by the commanders, and relive the battles on the actual ground where the fighting took place. In this manner, Moltke believed, his officers could understand the interdependence of the commanders' plans, logistical considerations, morale factors, and so forth. The staff ride, as the practice became known, has evolved into an institution in a number of armies. In the United States Army, officers in combat units frequently adjourn to nearby battlefields where one or more officers, tasked to provide a detailed study of the action, host a walking tour and analysis of the battle. Every branch school conducts staff rides for its students, and all ROTC cadets participate in staff rides as part of their professional military education requirements. When I assumed my duties as professor of military history at Davidson College, I recognized that, while by training I was a European historian, I could not do justice to my students-most of whom were destined for commissioned service in the U.S. Army-without addressing some of the more important events in that Army's history. I was fortunate to discover the proximity of the Cowpens battlefield, about one and one-half hours southwest of the college. During the first two years I taught at Davidson, I assembled documents containing eyewitness testimony to that battle. I believe this documentary record is critical for the use of students studying the battle if they are to understand and empathize with the participants. I gave the documents to my students before we gathered for trips to the battlefield. It occurred to me that, while many exciting histories of the battle exist, none of them had been written to facilitate a staff ride to the battle site. Students need to relive the terror, the exultation of the troops, and the self-doubt and sometimes ineffectiveness of the battlefield commanders, all in the full richness of the officers' own language. Even the excellent accompaniments to Civil War battlefields prepared by Jay Luvaas and Harold Nelson provide only excerpts of that testimony. Consequently, as part of the staff ride narrative, I assembled this collection of eyewitness accounts and dispatches for my students. The three chapters that precede the narrative serve only as glue to help students assemble the body of material more coherently. While I have consulted many detailed studies and determined (in cases where authorities disagree) how I believe events occurred, I do not pretend to supersede current scholarship. Likewise, as I laced the sometimes contradictory narrative accounts and dispatches into my analysis, I kept in mind that some eyewitness accounts were in fact written long after the dead were buried and could be colored by the dimness of an old man's memory or by the deliberate distortions of a man with a grudge to bear or a reputation to protect.