The Count of Monte Cristo (Paperback) 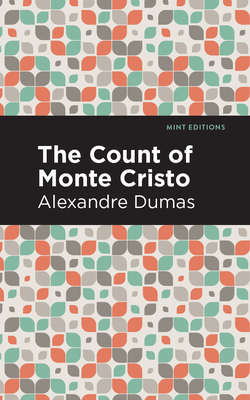 "The Count of Monte Cristo has become a fixture of Western Civilization's literature, as inescapable and immediately identifiable as Micky Mouse, Noah's flood, and the story of Little Red Riding Hood." -Luc Sante

With Alexandre Dumas's epic novel of intrigue and adventure, The Count of Monte Cristo has thrilled readers for centuries with its sweeping themes of alienation, love, and revenge. With its intricate plot and evocative settings in France and the Mediterranean, this book is one of the most beloved classics ever written.

In this quintessential tale of vengeance set in the Napoleonic era, Edmond Dant's, a young French sailor, is engaged to marry Merc d's, a young and beautiful Catalan woman. In a terrible act of jealously, three men betray Edmond, and he is wrongfully convicted of treason. He is sent to the infamous Ch teau d'If, one of the most feared prisons of France. After a daring escape from imprisonment, Dant's hunts in search of a treasure that he has learned of from a fellow inmate. Once in possession of his vast fortune, he returns to Paris as the mysterious Count of Monte Cristo to wreck revenge on the three men who have betrayed him. Dumas's tale simmers with intrigue and excitement and remains one of the great classics of our time.

With an eye-catching new cover, and professionally typeset manuscript, this edition of The Count of Monte Cristo is both modern and readable.