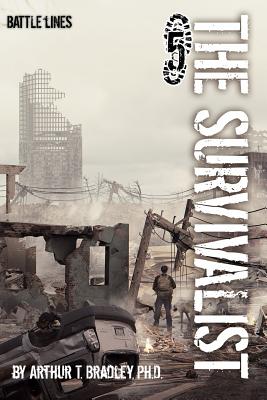 This is book number 5 in the Survivalist series.

★★★ The Survivalist is "a cool cross between Justified and The Walking Dead." ★★★

Convinced that a militia leader holds the key to finally exacting justice, Deputy Marshal Mason Raines enters the destroyed city of Lexington. Traveling with the unlikeliest of allies, he must confront mutated survivors of the Superpox-99 virus as well as an elite group of military assassins sent to clean up evidence of President Pike's crimes.

Meanwhile, Tanner and Samantha discover that their Naval Observatory hideaway isn't as safe as they would have liked to believe. Forced to once again travel the roads, they face all new threats, including bloodthirsty animals, and survivalists with a twisted system of justice. When they come face-to-face with patient zero, not only does the origin of the virus become clear but also a glimmer of hope for mankind's last survivors.

With sanity continuing to slip away, President Pike orders the abduction and murder of General Carr. As plans falter and allies depart, he is forced to accept that a larger showdown is coming. Battle lines are being drawn, and in the end, only the most ruthless will be left standing.