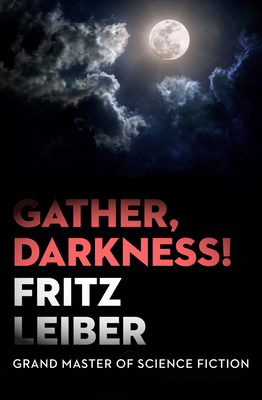 From a Grand Master of Science Fiction and Fantasy: In a post-apocalyptic future, a priest must fight the forces of evil in order to bring freedom to humanity. Three-hundred and sixty years after a nuclear holocaust ravaged mankind, the world is fraught with chaos and superstition. Endowed with scientific knowledge lost to the rest of humanity, Techno-priests of the Great God now rule. Jarles, originally of peasant descent, rises to become a priest of the Great God. He knows that the gospel is nothing but trickery propagated by non-believers. One day, he defies his priestly training and attempts to incite the peasants to rebel--but Jarles is not the only dissenter trying to bring down the priesthood--witchcraft is slowly gaining strength and support among the populace. Little does Jarles know his rebellion is about to throw him headlong into the middle of the greatest holy war the world has ever seen.

Fritz Leiber is considered one of science fiction's legends. Author of a prodigious number of stories and novels, many of which were made into films, he is best known as creator of the classic Lankhmar fantasy series. Fritz Leiber has won awards too numerous to count including the coveted Hugo and Nebula, and was honored as a lifetime Grand Master by the Science Fiction Writers of America. He died in 1992.