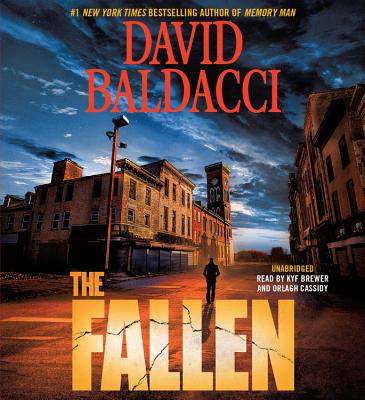 By David Baldacci, Kyf Brewer (Read by), Orlagh Cassidy (Read by)
$50.80
Email or call for price.

One of Amazon's Best Audiobooks of 2019
Star FBI detective Amos Decker and his colleague Alex Jamison must solve four increasingly bizarre murders in a dying rust belt town--and the closer they come to the truth, the deadlier it gets in this rapid-fire #1 New York Times bestseller.

"Baldacci is a wonderful storyteller, and he incorporates wonderful characters into baffling conspiracies. ...he takes on small-town America, capturing both good and bad elements. He demonstrates why these small towns are worth saving. It's a theme he has explored before, but it still has potency and relevance."—Associated Press

"The pace picks up considerably with each passing chapter until the inevitable ending that most surely will deliver a resolution at about the same time you are catching your breath."—BookReporter.com

"Amos Decker novels just keep getting better and better, and it's partly due to the careful in-depth characterization Baldacci gives his main character."—New York Journal of Books