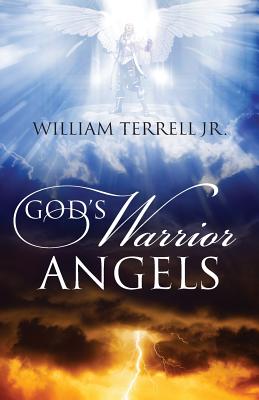 By Jr. Terrell, William
Ask A Bookseller For Help With This Title

God's Warrior Angels is a story of spiritual warfare. It tells of warrior angels being sent to protect us, while the forces of evil attempt to hurt and destroy us. Life; as we know it can be difficult. That being said...... meet Ron, a troubled maturing young man whom has suffered family loss. Discovering meaning, in what seems to be a meaningless life is a struggle. Things seem to change when he meets Brian and they become the best of friends. They both have several things in common, one of them being their love for the game of football. Ron's skills land him a tryout with a semi-professional team in California. They decide to relocate to California. Little did they know, the forces of evil had plans of their own for them. These evil forces have been dispatched to destroy Ron by gaining control over him and taking his soul. The angels of God have also been dispatched to watch over and protect him, his friends and family. Nigel and Ithimar are two of the angels sent to protect Ron and Brian. With their past experiences of victory in battles, they fully intend to do just that; even though Ron is an unbeliever. Being an unbeliever makes this a very difficult assignment, indeed. On the other hand, with the prayers of friends and family, there is hope. Meet Nicolia and Virginia. Virginia is outgoing, the life of the party and a very popular senior in high school. Nicolia is athletic, quiet, demure and definitely not as well-known as Virginia. Their lives and their families lives become intertwined with Ron and Brian upon their arrival in California. Sparks fly between Ron and Virginia. The mix of Virginia, not being a committed believer and Ron being a non-believer; add in evil forces manipulating things, inevitably the battle begins in earnest.