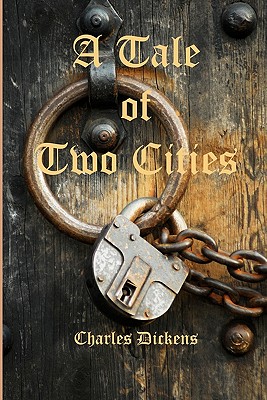 Review from Amazon.com "A Tale of Two Cities" is a novel many have read and others have claimed to have read, but is completely appreciated by few. A work of historical fiction, this may be Dickens' best known work and most often quoted work. Where "Great Expectations" lacks realism, "A Tale of Two Cities" follows a record of historical events. Being so well crafted, it is remarkable the novel was written under than duress of constant deadlines. Protagonist Charles Darnay is caught between the parallels of England and France, nobility and peasantry. Though the wording is very plotting at times, readers will expect some twists and be surprised by others. Taking an unlikely bride, Darney would seem to have reached an equilibrium. But two trials for treason lead to revelations threaten to tear all that is sacred from him. Known as the villain, Madame Defarge may hold a reputation with some before reading the book. Yet plot details are able to reveal her as a sympathetic character. Yet the vile nature of her plotting ultimately corrupts this glimmer. With themes of social justice and the French Revolution in the background, historians have come to appreciate this work. Those who read the book with less appreciative eyes may overlook the biting humor in the novel. Omitting this aspect is allowing one's self to miss a highlight of the book. It is a novel that has greatness hidden in many places." (Timeless Classic Books)

One of the most popular writers of all time, Charles Dickens was an English novelist who lived from 1812 - 1870. Charles had an idyllic childhood in his younger years, especially when his family moved to a lovely seaside city in southern England. He loved the sea and the countryside and his friends. His father's job found them moving to London where it was much more expensive to live. After much economic hardship, his father, John, was sent to debtor's prison. Charles, at the age of 15, was forced to work in a blacking factory pasting labels on shoe polish bottles. Although this only lasted for a year, Dickens never forgot that horrible existence. As an adult, he was know to weep any time he passed the blacking factory. It was this time in his life that gave him insight into writing about the poverty and social injustices of 19th century England. Charles Dickens wrote and had published 15 books. He sired 10 children and died at the age of 58 from a cerebral hemorrhage followed by a stroke.