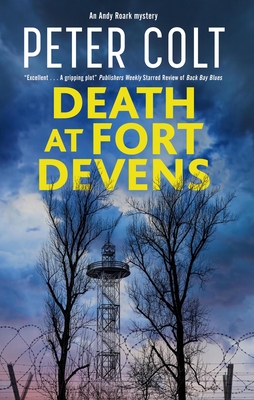 It's a race against time to find a teenager missing on the mean streets of Boston, in this hardboiled mystery featuring Andy Roark, Vietnam veteran turned Private Investigator.

"As good as, and maybe even better, than Robert Parker or Dennis Lehane, Peter Colt's Andy Roark is my new favorite sleuth" - International aid worker, journalist and writer Roberta Gately, author of the Jessie Novak mysteries

"Strong mystery . . . Colt plays fair with the reader before the satisfying reveal" Publishers Weekly Boston, 1985. Private Investigator Andy Roark left the military behind years ago, but his past comes flooding back when he's hired by an old army buddy who's worried about his rebellious teenage daughter's safety. There are bonds of blood between Roark and the highly-decorated Lieutenant Colonel Dave Billings, forged in the steamy Vietnamese jungle, and some debts aren't easy to forget. Working the case for free, Roark's investigation quickly leads him to Boston's Combat Zone, five acres of sex, drugs and crime, right in the heart of one of America's oldest cities - and to Judy's unsavory new boyfriend, the drug-dealing K-nice. Then Judy runs away, and the clock starts ticking in earnest. Roark is determined to save his friend's daughter from a life of drugs and prostitution, but it'll take more than missing-person flyers and polite questions to save the girl and get them both out of the concrete jungle of the Combat Zone alive. This page-turning hard-edged mystery, written by a US Army veteran and New England police officer, is a great choice for readers who enjoy military detail, twisty plots and classic PI heroes with plenty of flaws, humour and attitude.

Peter Colt is a 1996 graduate of the University of Rhode Island with a BA in Political Science and a 24-year veteran of the Army Reserve with deployments to Kosovo and Iraq as an Army Civil Affairs officer. He is currently a police officer in Rhode Island. He is married with two sons and two perpetually feuding cats. He is the author of the Andy Roark mysteries: The Off-Islander, Back Bay Blues and Death at Fort Devens.