I Am Pilgrim: A Thriller (CD-Audio) 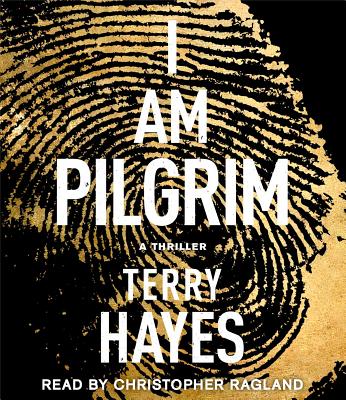 By Terry Hayes, Christopher Ragland (Read by)
$63.49
Ask A Bookseller For Help With This Title

“A fast-paced, chillingly believable suspense novel, I Am Pilgrim draws the reader completely into a shadowy world where U.S. intelligence is pitted against a modern terrorist on a more terrifying mission than that of a mere suicide bomber. Hayes compellingly depicts the desperation of the main characters, both the good and the evil, with a fine line dividing the two. This is a book whose style and storyline will haunt you for a long time.”
— Carolyn Chesser, Bayou Book Company, Niceville, FL

“I Am Pilgrim is simply one of the best suspense novels I’ve read in a long time.” —David Baldacci, #1 New York Times bestselling author

A breakneck race against time…and an implacable enemy.

An anonymous young woman murdered in a run-down hotel, all identifying characteristics dissolved by acid.

A father publicly beheaded in the blistering heat of a Saudi Arabian public square.

Smoldering human remains on a remote mountainside in Afghanistan.

A flawless plot to commit an appalling crime against humanity.

One path links them all, and only one man can make the journey.

Terry Hayes is the New York Times bestselling author of I Am Pilgrim and the award-winning writer and producer of numerous movies. His credits include Payback, Road Warrior, and Dead Calm (featuring Nicole Kidman). He lives in Switzerland with his wife, Kristen, and their four children.