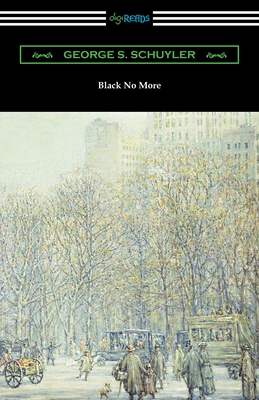 First published in 1931, "Black No More" is a clever and important satirical novel by George S. Schuyler which was written during the creative time of the Harlem Renaissance. This humorous and insightful work explores what would happen if blackness could be erased and black people could choose to become white. The novel begins with the central character Max Disher, a young, intelligent and ambitious black man, finding himself lonely and rejected on New Year's Eve at a speakeasy in Harlem. He hears about a new scientific procedure called "Black-No-More" that can change black skin to white. Max decides to undergo the transformation and changes his name to Matthew Fisher. Life is not as easy as he has imagined it will be. He ends up joining a white supremacist organization and must continue to hide his true identity in a new and dangerous world. Schuyler's novel was far ahead of its time and tackled racial issues that continue to plague the modern world. The novel's cutting social commentary, disguised with humor and satire, criticizes both the politics of black empowerment, white nationalism, and bigotry. "Black No More" continues to be as entertaining and thought-provoking today as when it was first written. This edition is printed on premium acid-free paper.