Glorious Appearing: The End of Days (Left Behind #12) (Paperback) 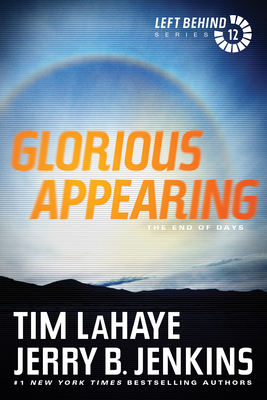 This is book number 12 in the Left Behind series.

Glorious Appearing: The End of Days
Thousands of years of human history stained by strife, death, and sin come to an end when the King of Glory returns to earth. The satisfying conclusion of the seven years of tribulation covered by the Left Behind series portrays the return of Jesus Christ to earth in both glory and judgment at the height of the battle between the forces of evil gathered at Armageddon and the remaining Christian believers at Petra and Jerusalem.