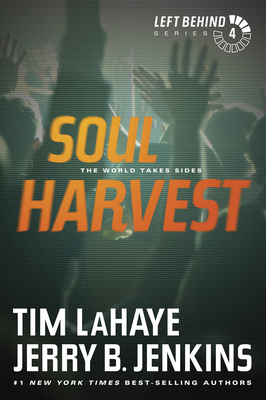 By Tim LaHaye, Jerry B. Jenkins
$15.99
Ask A Bookseller For Help With This Title

This is book number 4 in the Left Behind series.

Soul Harvest: The World Takes Sides
The world is reeling from a great earthquake. As Nicolae Carpathia begins a worldwide rebuilding campaign, his rage is fueled by an evangelistic effort resulting in the greatest harvest of souls the world has ever seen. Meanwhile, Rayford Steele and Buck Williams search for their loved ones who haven't been seen since before the earthquake.