A Tale of the Little Child Jesus (Paperback) 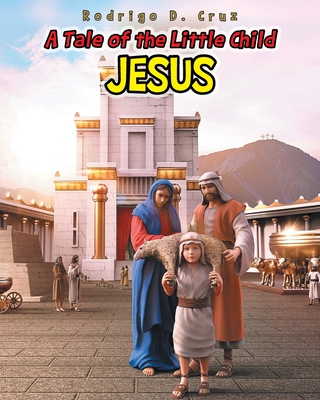 Jesus was five years old then.

When Jesus heard from his father, Joseph, and mother, Mary, that they were to return to Nazareth, the little boy was excited. He has not seen his parents' hometown. He wanted to see their house. He wondered if Galilee was just like Egypt.

But not long after they arrived in Nazareth, his parents said they needed to go to Jerusalem for the Passover. He also learned that they would pass by the Dead Sea, which was a sea of salt. Little Jesus wondered how Jerusalem would look like. He heard that the great temple was in the heart of the city. Would it be as big as the pyramids in Egypt that Jesus has seen? How and how long would it take to get there? Would he meet new friends there? His father, Joseph, said that they would acquire a little lamb for the sacrificial offering. Would there be many people there? So many questions to ask.

To the astonishment of Jesus, he heard he would also see Bethlehem, his town of birth. The family will spend the night there for the Passover. Again, more questions to ask. What sort of adventure would be in store for them? Would they find a place to stay? Would he see his actual birthplace?

Last but not least, how and when will they return home to Nazareth? There are many routes to take to return home. Some many stories to tell.