The Antifa: Stories From Inside the Black Bloc (Hardcover) 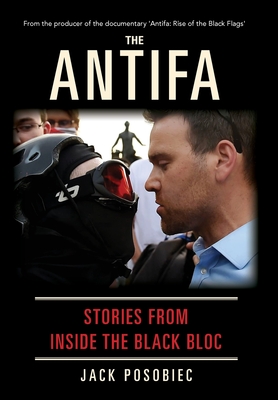 Few in the media have followed Antifa more closely - and have the scars to prove it - than journalist Jack Posobiec.

From infiltrating their 2016 meetings where they planned their attack on Trump's inauguration to going undercover in Seattle's CHAZ in 2020, Posobiec has never backed down from exposing the true nature of Antifa.

In The Antifa, Posobiec uncovers the secret history of this radical anarchist group, while integrating his personal encounters with some of its most hardcore and violent members. While until recently few Americans were aware of Antifa's existence, Posobiec shows that, in fact, it is part of a violent revolutionary tradition that dates back more than a hundred years.

Like its predecessors, most recently including the Weathermen terrorists of the 1960's, it is driven by an overriding aim: the overthrow of the existing political order and capitalism itself, and replacing it with a communist state.

Antifa saw and seized its chance in 2020. Because it was not brought to heel - indeed, was encouraged in its violent mayhem by sympathetic city and state governments -- it now looms as a greater threat than ever before. In fact, as Posobiec shows, Antifa is today better positioned than were any of its radical forebears to actually achieve its goal.