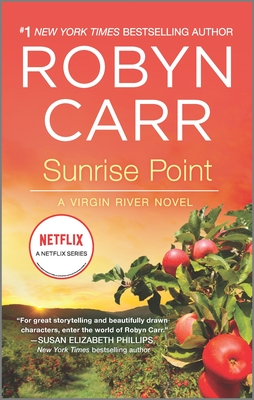 By Robyn Carr
$8.99
Ask A Bookseller For Help With This Title

This is book number 17 in the Virgin River Novel series.

Return to Virgin River with the books that started it all... Nora Crane will do what it takes to keep her family afloat. Things are better than they've been for a while; still she's barely scraping by. But she's got two little girls to look after so she's willing to work hard and help out with harvesttime at the Cavanaugh orchard. Her new boss is Tom Cavanaugh. After his time in the Marines, he's come home to take over the family farm. Tom thinks he knows what he wants--he's ready to settle down with a sweet, traditional woman. Nora doesn't seem to be the marrying kind, but he can't keep his eyes off her, despite his best efforts. And Nora has no intention of getting involved with anyone. She's got enough relationship baggage to last her a lifetime. But in Virgin River, love finds its own way, and it starts to become clear that Nora and Tom won't be able to stay just friends.