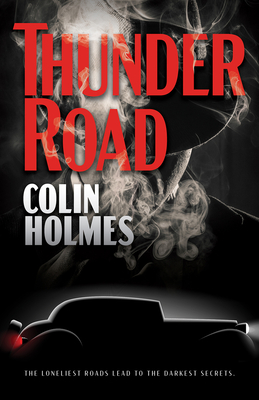 In this gamble, more than a few poker chips are at stake.

When an Army Air Force Major vanishes from his Top Secret job at the Fort Worth airbase in the summer of 1947, down-on-his-luck former Ranger Jefferson Sharp is hired to find him, because the Major owes a sizable gambling debt to a local mobster. The search takes Sharp from the hideaway poker rooms of Fort Worth's Thunder Road, to the barren ranch lands of New Mexico, to secret facilities under construction in the Nevada desert.

Lethal operatives and an opaque military bureaucracy stand in his way, but when he finds an otherworldly clue and learns President Truman is creating a new Central Intelligence Agency and splitting the Air Force from the Army, Sharp begins to connect dots. And those dots draw a straight line to a conspiracy aiming to cover up a secret that is out of this world?literally so.

Before the pandemic, Colin Holmes toiled in a beige cubical as a mid-level marketing and advertising manager for an international electronics firm. A recovering advertising creative director, he spent far too long at ad agencies and freelancing as a hired gun in the war for capitalism.

Now he writes novels, short stories and screenplays in an effort to stay out of the way and not drive his far too patient wife completely crazy. He is an honors graduate of the UCLA Writers Program, a former board member of the DFW Writers Workshop and serves on the steering committee of the DFW Writers Conference. He’s a fan of baseball, barbeque, fine automobiles and unpretentious scotch.