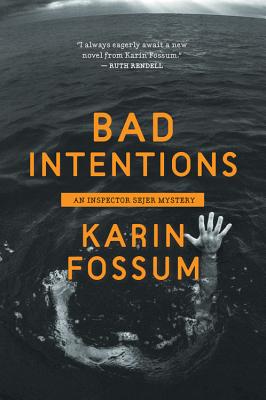 By Karin Fossum
$17.72
Ask A Bookseller For Help With This Title

This is book number 7 in the Inspector Sejer Mysteries series.

"An intimate study of broken lives that showcases Fossum’s poet past." —Bloomberg

In this chilling addition to the internationally best-selling Inspector Konrad Sejer series, the detective must face down his memories and fears as he investigates the deaths of two troubled young men. The first victim, Jon Moreno, was getting better after a mysterious guilt had driven him to a nervous breakdown one year earlier. His psychiatrist said so, as did his new friend at the hospital, Molly Gram, with her little-girl-lost looks. So when he drowns in Dead Water Lake, Sejer hesitates to call it a suicide.

Then the corpse of another young man is found, a Vietnamese immigrant. And Sejer begins to feel his age weigh on him. Does he still have the strength to pursue the elusive explanations for human evil? A harrowing, masterfully wrought mystery from the celebrated Karin Fossum.

KARIN FOSSUM is the author of the internationally successful Inspector Konrad Sejer crime series. Her recent honors include a Gumshoe Award and the Los Angeles Times Book Prize for mystery/thriller. She lives in Norway.