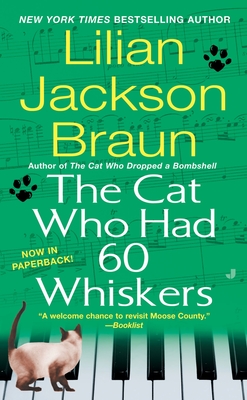 In this New York Times bestselling mystery in the Cat Who series, Jim Qwilleran and his Siamese cats, Koko and Yum Yum, sense that trouble is brewing in their small town...

Times are a-changin’ in Pickax, giving Jim Qwilleran some newsworthy notes for the “Qwill Pen.” A new senior center is in the works—as well as a frisky production of Cats. And a local mansion is being converted into a charitable museum. Good thing there’s lots to keep Qwill busy because Polly Duncan is off to Paris, temporarily leaving him without his lady companion. But when a mysterious death from a bee sting leaves everyone but Koko the Siamese in a state of confusion, the kitty with sixty whiskers will need to stop pussyfooting around and let Qwill in on the deadly secret...