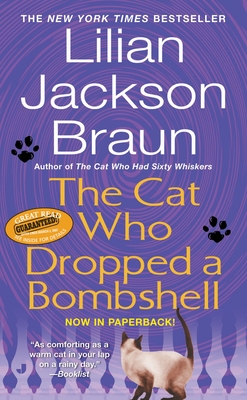 When a wealthy couple dies, Jim Qwilleran and his cats, Koko and Yum Yum, must follow the case to its explosive conclusion in this mystery in the bestselling Cat Who series.

The town of Pickax is buzzing with excitement: its residents are about to celebrate the 150th anniversary of its founding. But in the midst of all the preparations, Qwill has to take time out to entertain aspiring architect Harvey Ledfield—and deal with Koko’s strange new habit. Because the Siamese star has started dropping from balconies and landing in the oddest of places, including on Harvey’s head! And now that Harvey’s aunt and uncle have mysteriously gone missing, Qwill better brush up on his paw language before Pickax is hit with a bombshell...