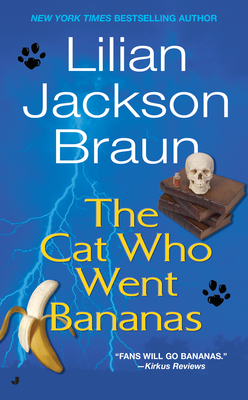 Siamese cat Koko finds a bunch of clues when an out-of-town actor dies mysteriously in this mystery in the New York Times bestselling Cat Who series.

With the opening night of Oscar Wilde’s The Importance of Being Earnest fast approaching—along with the dedication of the new bookstore in town—good times are ahead for the citizens of Pickax. But the merry atmosphere is dampened by the suspicious death of an out-of-town actor and the theft of a rare book. Qwill finds himself distracted from the recent events by his finicky pal Koko, who’s been acting more fishy than feline. Has Koko gone bananas, or is he trying to let the cat out of the bag to help Qwill solve the dual mysteries?