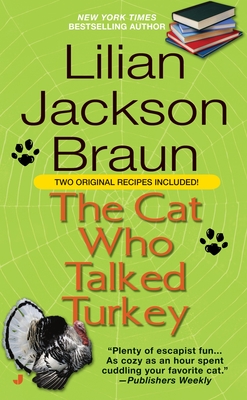 When a body is found on Jim Qwilleran’s property, he and his cats Koko and Yum Yum will have to determine who committed the fowl deed in this mystery in the bestselling Cat Who series...

The good people of Moose County are in a fever of excitement. It’s almost time for the gala groundbreaking for the Pickax bookstore—and the town of Brrr is preparing for its bicentennial celebration. All the festivities, however, are spoiled by the discovery of a man’s body on James Qwilleran’s property. Could it be the work of the killer who used the same MO in northern Michigan? To solve the case, Qwill and his feline pals, Koko and Yum Yum, will have to prick up their ears to find the thankless killer...