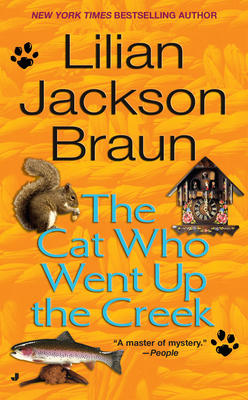 Prizewinning reporter Jim Qwilleran and his Siamese cats, Koko and Yum Yum, must solve a complicated caper while on vacation in this charming cozy mystery in the New York Times bestselling Cat Who series.

Jim Qwilleran is enjoying his stay at the Nutcracker Inn in Black Creek. His two Siamese, Koko and Yum Yum, don’t seem quite as pleased with the accommodations...though Koko does enjoy keeping a keen eye on the squirrels and other local wildlife. Then, while Koko’s eagerly watching some jumping trout, he spots something else: a body floating downstream. When it’s revealed that the victim was a guest at the inn—and had nuggets of gold hidden in his shoes—Qwill dives into the case. And if he and the cats don’t solve it soon, they’re going to be up the creek without a paddle...