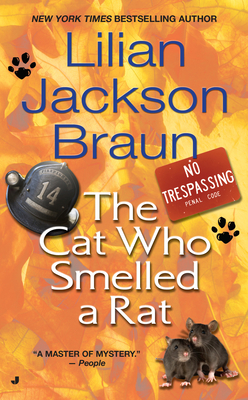 Jim Qwilleran and his extraordinary Siamese cats Koko and Yum Yum have more than one fire to put out when a deadly arsonist sets Moose County ablaze in this mystery in the New York Times bestselling Cat Who series.

The way Jim Qwilleran sees it, there’s nothing worse than being left high and dry. But that’s exactly where he’s been ever since a record-breaking drought hit Moose County. He’s bedraggled. Beleaguered. And, following a rash of fires at local historic mine sites, deeply bewildered. Some blame the blazes on bad weather conditions, but Qwill’s thinking arson. And when a mysterious explosion is followed by a blood-chilling murder, he starts seriously praying for snow—and answers. Good thing Koko can smell trouble a mile away...