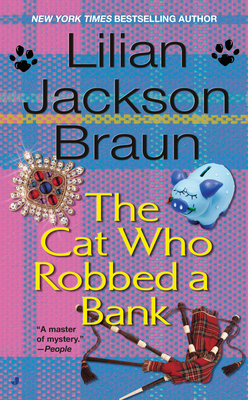 When a visiting estate jeweler is found dead, prizewinning reporter Jim Qwilleran and his Siamese cats, Koko and Yum Yum, must do their best to find the purr-petrator in this delightful novel in the New York Times bestselling Cat Who series.

As the Highland Games approach, Jim Qwilleran and the citizens of Pickax, Michigan, prepare to celebrate their Scottish heritage with such evens as bagpipe skirling and tossing the caber. But the traditional revelry is marred by troublesome rumors when a visiting jewelery dealer, renowned for his romantic streak (and his mysterious cash-only policy), is found dead in his hotel room. His assistant is missing—and soon, the winner of the caber-tossing content disappears as well.

Qwilleran and his snooping Siamese are willing to go to any lengths to find the killer and set the town at ease. But first they'll have to contend with a highjacked bookmobile and an attempted bank robbery. Qwill has a lot of mysteries to sort out—not the least of which is Koko's sudden interest in photographs, pennies, and paper towels...