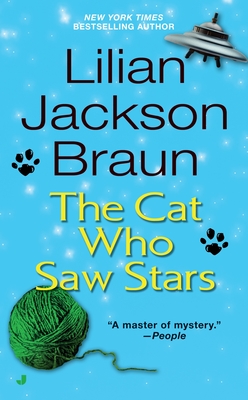 Jim Qwilleran and his cats, Koko and Yum Yum, have a close encounter with a killer in this mystery in the bestselling Cat Who series.

UFOs in Mooseville? Rumors abound that a missing backpacker has been abducted, and it looks like Jim Qwilleran’s sedate summer may be interrupted by an investigation—with the help of his own little aliens, Koko and Yum Yum. And when the backpacker’s body turns up—and transplanted Floridian Owen Bowen is found dead soon afterward—the search for intelligent life turns into a hunt for a murderer...