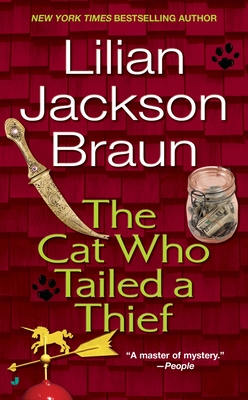 Jim Qwilleran—along with his lovable Siamese cats Koko and Yum Yum—follows a trail of clues as elusive as a cat burglar in the night in this mystery in the New York Times bestselling series.

There’s been a rash of petty thievery in Pickax—ever since banker Willard Carmichael and his flashy young wife, Danielle, moved in. But now Willard’s been killed in a mugging Down Below…or so it seems. Qwill’s suspicious, especially when Willard’s house-restoration project in Pickax falls into the hands of Danielle’s cousin—whose rich new wife then dies on her honeymoon! The clues are confounding. But with Koko’s help, Qwill intends to catch a thief—and a killer...