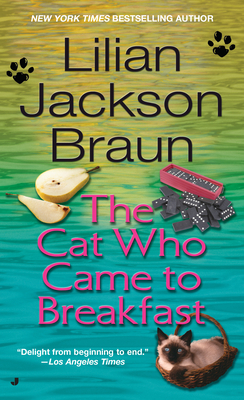 Jim Qwilleran and his cats scramble for clues when peaceful Breakfast Island is turned upside-down by murder in this mystery in the New York Times bestselling Cat Who series.

Qwilleran and the cats are visiting an island known by many names. Qwill has always called it Breakfast Island, but to the taciturn natives, it’s Providence Island. To the rich summer resident, it’s Grand Island—and to the developers and tourists who are turning this once-peaceful place into a circus, it’s Pear Island. But when some odd “accidents” occur, including a fatal boat explosion, Qwill suspects sabotage and sets out to investigate—because murder by any other name is just as deadly...